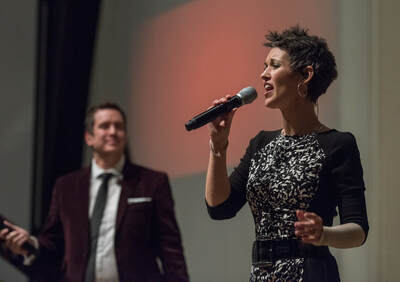 Jenna grew up in Carrollton, TX where she pursued many interests, including theater, band, and choir.  Jenna loves animals and books and especially enjoys sipping a good cup of coffee in front of a beautiful sunrise.  Unlike Blake, Jenna never moved at all until going off to college at Oklahoma Baptist University, where they met.  She continued to pursue her love of fine arts there by participating in choir and performing in the theater.  Jenna earned her Bachelor’s Degree in English, which Jenna says enabled her to be a certified bookworm.  She especially loves reading historical fiction, classic literature and the Bible; the books of Psalms, Romans, and John are among her favorites.  God got a hold of Jenna at a very young age when she gave her heart to Jesus and the story of faithfulness He has woven through Jenna’s life is one she adamantly says has continued through every step of her cancer journey.  Jenna admits the journey was and still is hard but she is thankful for the constant reminder of her need for Jesus. “Just one day, one day at a time.” She muses, “That approach helped me so much for my cancer journey and is a mindset I think is helpful for everyone.”  Jenna has always liked to sing but never imagined she’d be singing with her husband professionally.  She reflects,  “When we got married and started traveling, I’d run Blake’s sound equipment while he sang and I’d maybe join him for a song or two during the concerts. I was content with that! Never did I imagine God would invite me to the platform full-time to get to share in that form of ministry and artistry.” 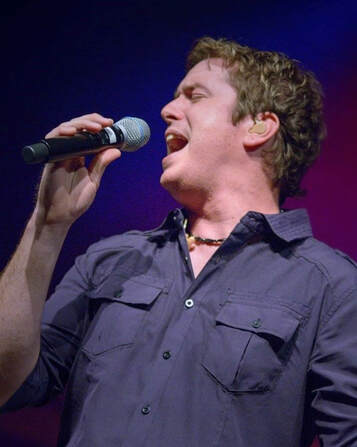 Blake is an award winner songwriter and has traveled in full-time concert ministry since 2005 and has recorded 7 CDs. Recently, his wife, Jenna, has joined him on stage and they currently sing as a Christian vocal duo, earning them the nickname: “The Sweethearts of Gospel Music”.  Their concerts have led them all across the US, Canada and overseas for multiple concert tours to Germany sharing and spreading the message of God’s love through song and testimony.

The Lord started tugging on Blake’s heart early in his life to go into concert ministry. The first group Blake toured with was the summer before his senior year in High School with The Continental Singers, an experience he says taught him the value of concert ministry and how God can use our testimonies to encourage others. Blake attributes most of his musical training to West Texas AMU and Liberty University, and his communication and performance skills to the education he gained from the theater department at Oklahoma Baptist University where he earned his Bachelors Degree in Theater Arts.  Blake and Jenna have recorded interviews and televised performances for TBN and VTN networks. Blake gained national recognition for the presence of his solo single “Somebody Cares” on top radio charts including Singing News magazine and Blake & Jenna have since topped radio charts with multiple songs including their 2 original songs “Bring On the Storm” and “I’ve Got My Reservation”.  Blake won the grand prize for his song “Bring On the Storm” in the Singing News magazine national songwriting competition in 2017.  Blake also had the honor to record the original “Prayer Force One”theme song and perform it at the Oklahoma State Capitol in April 2007. The song has since been played at every State Capitol in the US.

A life of travel has never been foreign to Blake. Even though Blake spent the majority of his childhood in Perryton, Texas (which he calls ‘home’), Blake lived in 13 different houses and 4 different states while growing up. “I would not change anything,” Blake says, “I have great memories.” Each place has its own special meaning for Blake: Shepherd, MI is where Blake gave his heart to the Lord and asked Jesus to save him; Mount Pleasant, MI was the time of family bike rides to Big Boy (a favorite restaurant of the family’s) and “great family picnics.” Colorado Springs, CO is where the Lord “rescued me from a pit of despair and where my life was changed forever--where I finally started to understand God’s love for me and experience victory over the most powerful stronghold on my life: depression.” And finally, Blake attributes Perryton, Texas as the place where he became more grounded in his faith and found a church that really took him in and discipled him.  Blake is passionate about singing and also has interests in songwriting, video editing, woodworking, and studying soteriology
blakeandjeena.com